Sevi Geerts better known as Safi from the Belgian rap duo Safi & Spreej, has been working on a solo project. He recently dropped his first single called “Fine” which was positively embraced by his fans.

To celebrate this huge change in his career Safi had an intimate secret launch party, last week in the A tower, for his close friends, press and a few fans. It took place on the 24thfloor,  you were able to see the centre of Antwerp from above. The room was very dark with some green and red lights. Loved the atmosphere. Chill people, nice vibe. When he sang “Fine” to whole crowd sang along. Which was really cool. Beside the song “Fine” he also sang 5 other song who aren’t released, yet. So stay tuned! 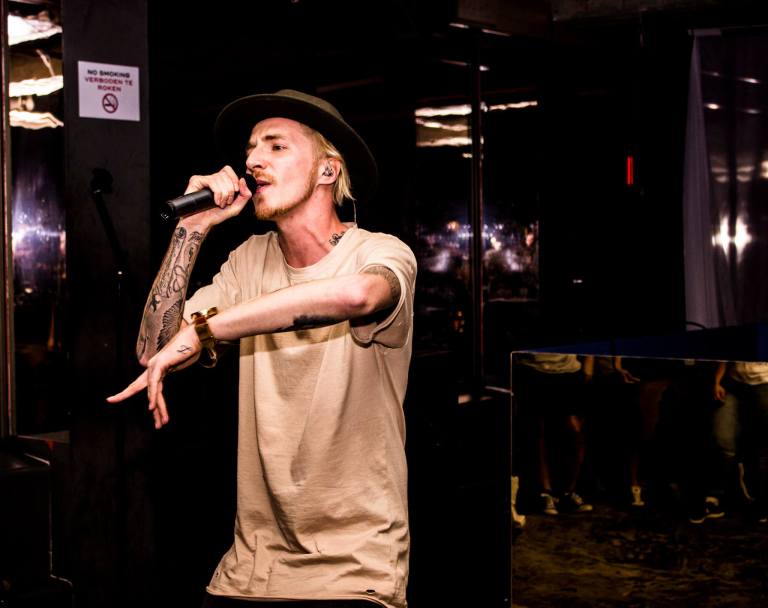 “In the beginning I was a little bit nervous” Safi confesses on my snapchat “but I loved performing my songs.” During one of his songs he got so emotional that he had to put his sunglasses on because the song that he was performing was very personal. He’s always wearing very cool , stylish glasses even inside. But why? “ I don’t know, I just like glasses!” the rapper says loud and clear.

To all my Dutch followers, if you haven’t heard fine yet.