As you know I love being in the Nationalestraat in Antwerp. When I was walking in that street I noticed that there was a new Portuguese coffee bar called Nata Lisboa. I always wanted to check it out but I never had time on my hands. So when me and my friend were soo hungry and wanted to get a drink somewhere we decided to go Nata Lisboa, because we were in the neighbourhood. We walked in and looked at the menu. We immediately ordered one of their specialities , a pastei de nata. 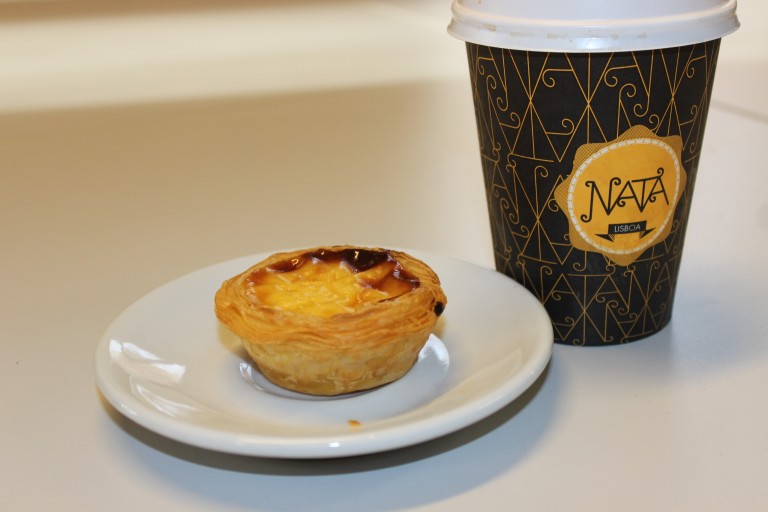 Nata’s were made in Lisbon around the 18th century by catholic monks. It’s a Portuguese pastry with eggs and cream. Very crunchy on the outside and smooth on the inside. Most of the time they are served with sugar and or cinnamon. It’s so popular there that tourists and locals wait in lines in the bakery, to get a Nata. Now they are sold worldwide. The only shop that sells it, in Belgium, is the one and only Nata Lisboa based in Antwerp. 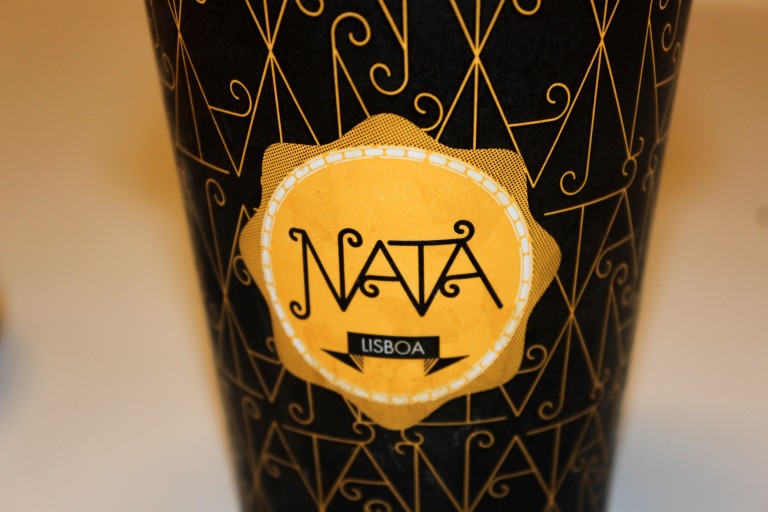 Besides a Nata’s , Nata Lisboa also serves other Portuguese specialities like filled empanada’s and all their products are shipped from Portugal that’s what makes them so authentic. They have bars all around the world in e.g Madrid, Tokyo, Lisbon, Paris, Peterborough and now also ANTWERP! I like their interior design. It’s all black and very cosy. The employees aim to please their customers with their southern hospitality. I liked going there and that’s why I love coming back

The last time I was at the coffee bar I was a bit in a hurry because I had to pick up some pants before closing time and edit some pictures. So they were so sweet that they made me a take-away with a Nata (of course) and a coffee. Normally I order a delicious refreshing drink with my Nata so I was very curious about the coffee. I’m very critical when it comes to coffee. I don’t like it too strong and it needs to be creamy enough. So when I opened my laptop I took a bite from my Nata and added some sugar to my coffee. The Nata was good as always and the coffee was just how I liked it! Thanks again Lisboa for the take-away!